I like having wide-open days in our schedule to allow for spontaneity.  One day last week I got up early as usual, and spring was definitely in the air.  By the time I heard Mark stirring I had a few ideas.  His morning yawn was greeted by me with “Medieval town or riverside?”  He said medieval town.  Good choice.  We were off to Senlis.  After coffee and breakfast of course, I’m not that cruel.

Senlis is an hour from Paris by a combo of train and bus.  It was first settled by the Romans who gave it the usual treatment of an arena and a defensive wall, the ruins of which remain. On the Roman foundations, the early kings of France built their castle.  The kings were a fickle lot, and changed the seat of government soon after.  In the 12th century they came back and under Philippe Auguste, the town got its second set of walls.

The castle of the French kings was built incorporating the Roman fortifications.  You can tell a Roman wall by the line of red brick they used to make sure it was level.  The Romans made great walls.  King Louis XIV called the facade of the Roman theater in Orange “the finest wall in my kingdom”, a line I use anytime I see an outstanding wall. 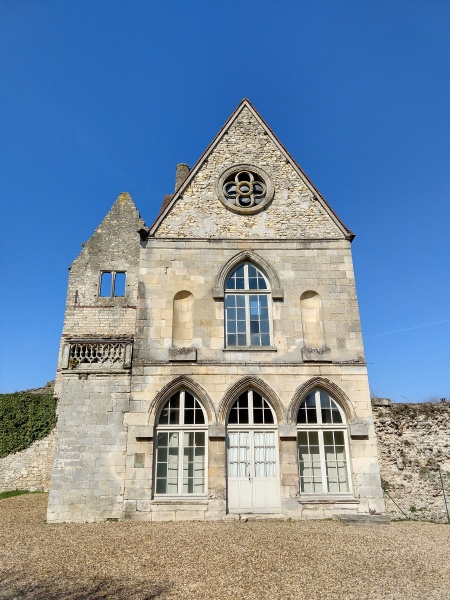 There is a magnificent Gothic cathedral, Notre Dame, started in 1153. 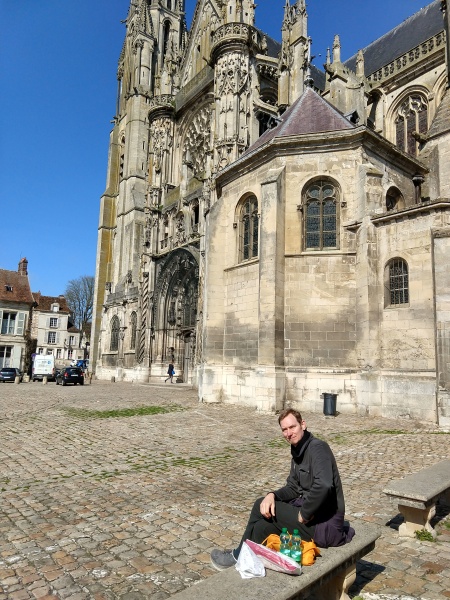 We’re generally inclined to picnic on days like this.  Not only have we been disappointed by middling restaurant meals, but who wants to be inside when the weather is wonderful?  We got a standard ham and butter baguette sandwich at the boulangerie, and a great looking ham and cheese croissant that they warmed up for us.  Ugh, who puts béchamel sauce on a croissant?  The French, apparently.  Mark said this is a sandwich that should not be legal.  I said not unless it’s served with an arterial shunt. 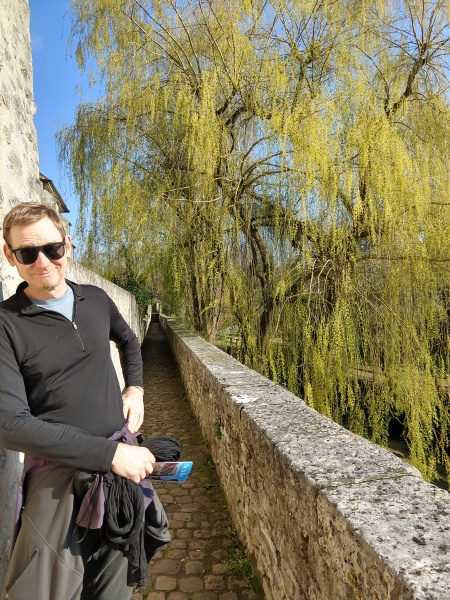 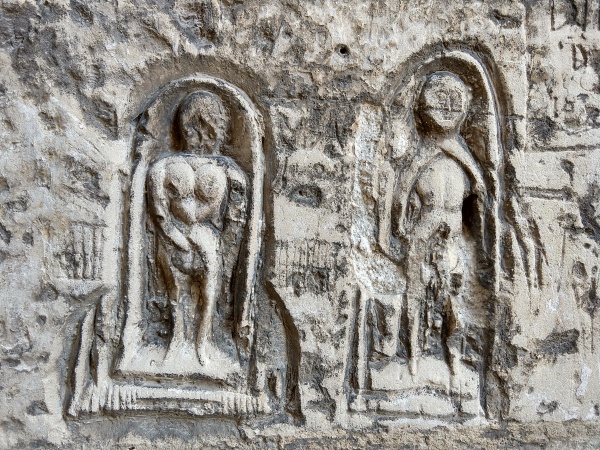 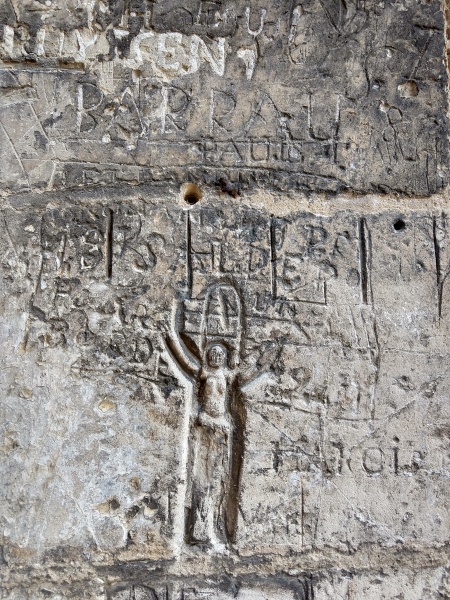 On the 13c church of Saint Pierre are these undated carvings

From a house destroyed by the Germans in 1914

Quite a few French films are shot in Senlis.  Doesn’t it look quintessential?

This is for my herbalist friends.  Mark and I collect aptronyms (when one’s last name is curiously fitting for one’s profession) for doctors.  A friend’s podiatrist was called Dr. Contento.  My mom worked for an orthopedic surgeon named Bonebreaker.  You get the idea.  Here is an apothecarist named Baume, french for balm. 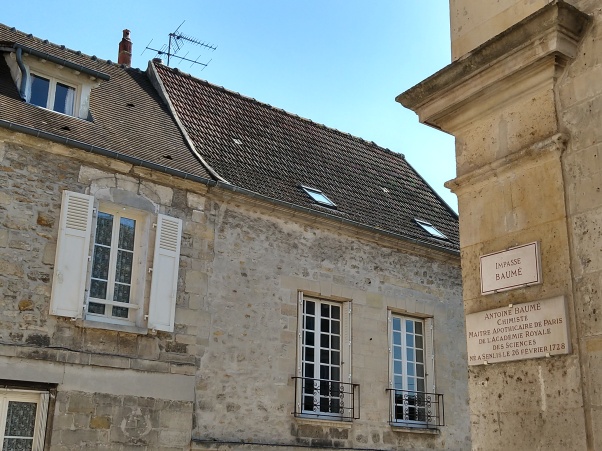 I’ll leave you with a picture of a nice kitty just because.  Cheers!