After our last outing to Saint Quentin, I’ve been thinking about traveling and what makes a place sing to you. I was talking with my neighbor Julie about this and she told me that when she and Pat lived in Hungary they spent every weekend at first going to different towns. One day Pat said, let me guess what we’re going to see. There will be a square, a church, and a market; we’ll eat Hungarian food and drink some Hungarian wine. After that, they cut way back on outings. As foreigners it’s easy to get excited by places that don’t look like home, that have a foreign-ness. And then when the sameness kicks in, you might as well stay home. Saint Quentin was lovely, don’t get me wrong, but I thought we should try upping our game.

We once traveled through the south of France via car with a Michelin atlas. If you only know about Michelin’s restaurant ratings, you should also know that Michelin rates places too, from one to three stars. One is classified as interesting, two is worth a detour, three is worth building your trip around. Saint Quentin is a not too shabby one star town. Unlike restaurants, where I feel anything above one star would be wasted on my taste buds, I can definitely tell the difference between a one and three star town. So we got a new Michelin atlas, drew a circle around Paris at an hour or two distance and started looking for likely three star candidates. Anything that was just a chateau was out (gold leaf makes me gag) as was anything accessible only by car. Which is how we ended up for an overnight in Troyes. Troyes is in the champagne region, and the old town itself is said to be in the shape of a champagne cork. Troyes may have been originally a Celtic settlement, it was definitely a Roman town. Its heyday was during the medieval era when it was a major fair town, and it is from that history of trading with foreigners and the need to standardize measures that gave us the troy weight. The town was destroyed by fire in 1524 and rebuilt in one fell swoop, which means the center of town is now remarkably uniform.  We were there to see the some of the 450 remaining 16th century timbered houses. 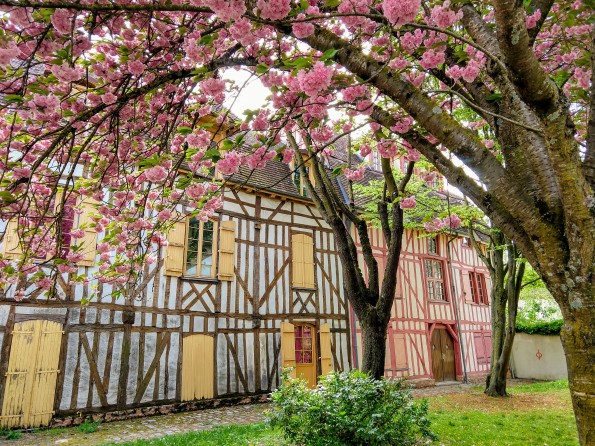 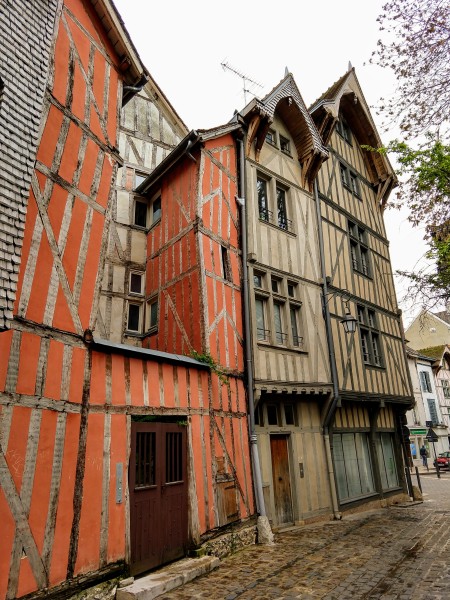 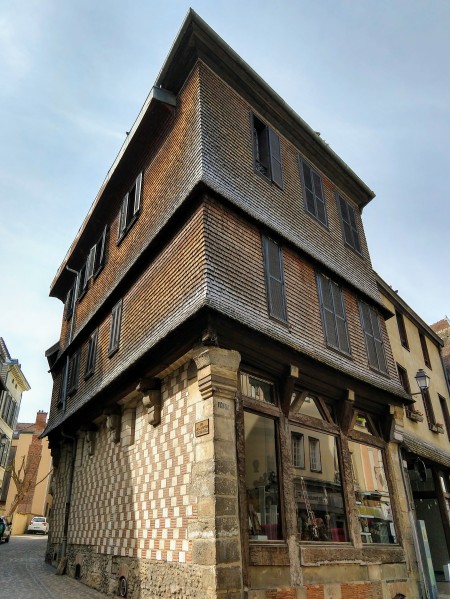 The whole place is cattywampus.  Houses were taxed based on the square footage of the ground floor.  As no one in history has ever liked to pay taxes,  the fine people of Troyes used corbels to increase the square footage of the upper floors.  Which lead to streets like the Ruelle des Chats, so called because the upper floors touched their neighbors and the cats could easily come and go.  Which probably wasn’t the brightest idea in a town that had recently been leveled by a fire, but hey, taxes. 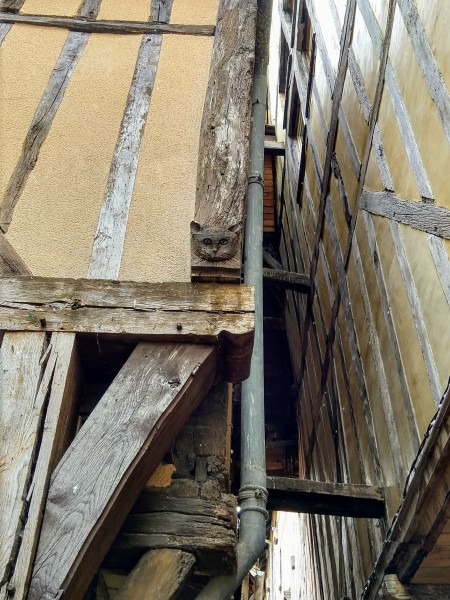 I was particularly taken by the many beam ornaments

Troyes also has hell of a lot of churches.  10 in just the old town.  You can’t spit without hitting one. 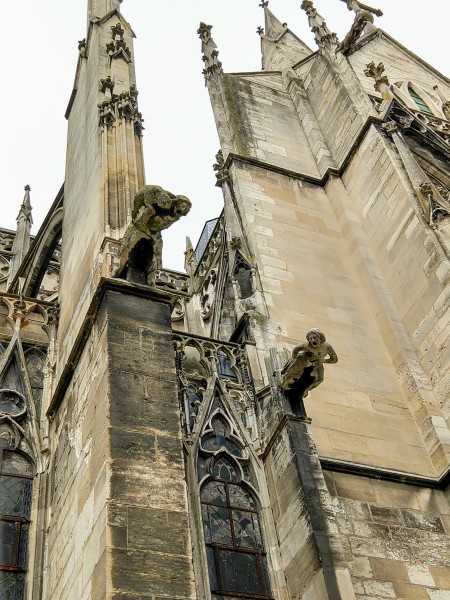 The church of St. Madeleine has one of the few remaining choir screens in France and it’s a spectacular one.

I have a theory that the people of places like Troyes, with its density of churches that are often built on pagan sites, didn’t think of their local church as we would a parish church, that is one size fits all.  I think they would have shopped around for their beseeching needs, going to the shrine of the appropriate saint/renamed pagan god on a case-by-case basis.  I have nothing to back this up, that won’t stop me from making it my firm conviction.

Lest I get too philosophical on you, let me leave you with some rude architecture.