At long last we are making our way back north to Paris after a month in Seville and three months away. Since we have been revisiting places this whole time, we decided to break out the randomizer and hit some new spots for the return trip.  I have an app recommended by our Seville friend and train aficionado Rich called DB Navigator. It’s the German railways app which handily shows rail service not just in Germany, but throughout Europe. (Thank you efficient Germans!)  The best thing about it is it maps the whole line, so you can plot a trip and find spots to take a break for a day or three. So our homeward trajectory wasn’t entirely random, although all final decisions were made with a coin toss. This is how we wound up in Zaragoza.  Francisco Goya was born not far away, and lived there for an indeterminate time early in his life before he skedaddled to Madrid. That says all you need to know about Zaragoza.  It’s a pretty town, I’m sure the people who live there love it, or leave it.  It left me flat despite some excellent sights.  There’s a fine Goya museum with scads of his etchings, sadly photographs are strictly prohibited. Ditto the basilica which has some early Goya cupola paintings. No photographs allowed at the Tapestry museum either, which is considered to have one of the best collections in the world. I trust you have the technology to search them for yourselves if you’re so inclined. On the other hand the friendly folks at the origami museum were happy to let us take pictures. 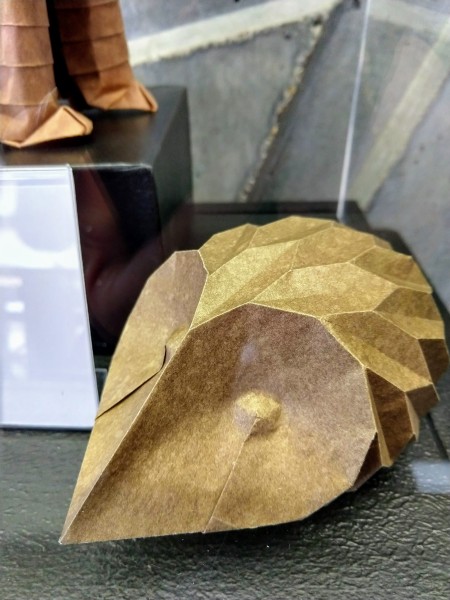 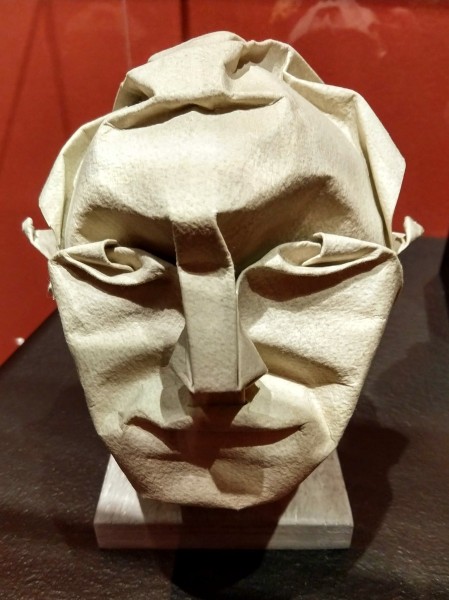 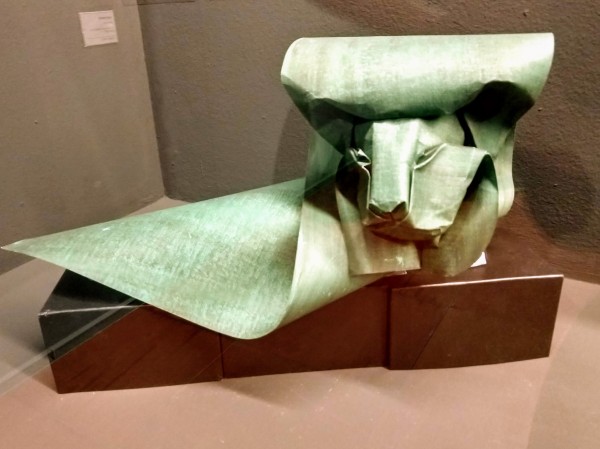 A few photos of Zaragoza so you will feel like you’ve been there. 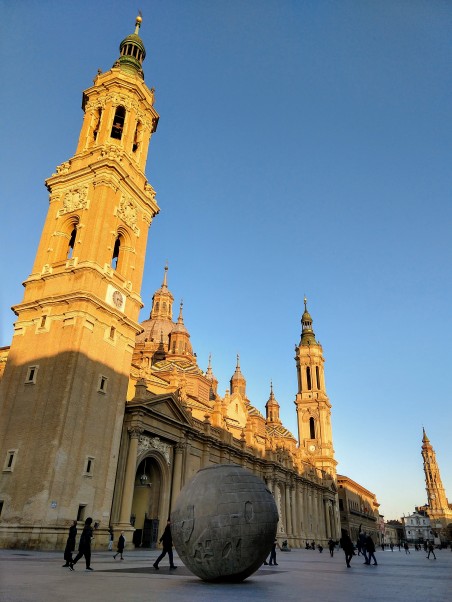 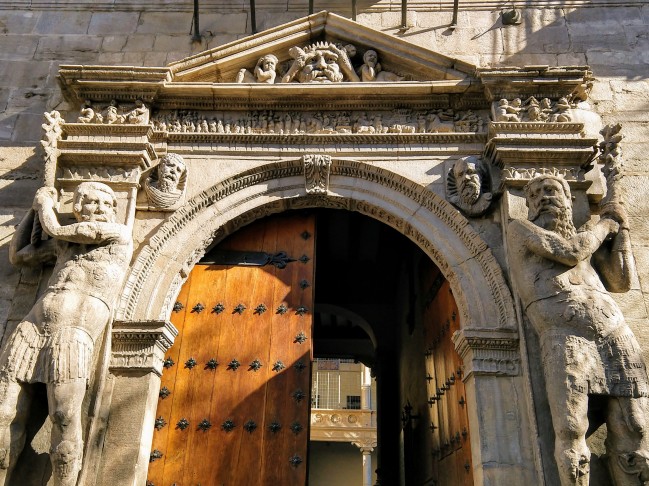 I’d like to say that this is the entrance to a club, but that would just be wrong.

No one does over-the-top quite like Spain.  No one does desserts like them either, and that’s a good thing.  Your choices here are meringue or marzipan. Yum?  And while I’d never want to put anything from this shop in my mouth, it was a visual treat in a what-the-hell? way. 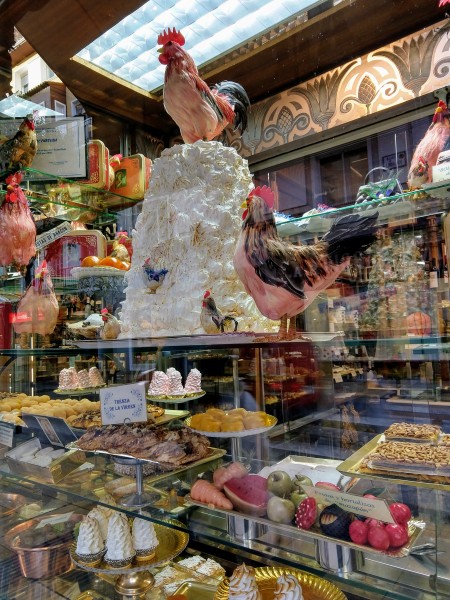 Next stop: Vitoria-Gasteiz, the capital of the Spanish Basque region.  I’m trying to come up with a unified theory of what makes one place spark and another not, but I’ll spare you my blathering on and on (for now).  We instantly loved V-G and it’s on the list for a return visit.  It’s in the Rioja wine region, so there would be plenty of day trips to do from there, not to mention that the whole basque region is fascinating.   Hell, there are two cathedrals!  We didn’t have time to see it all. 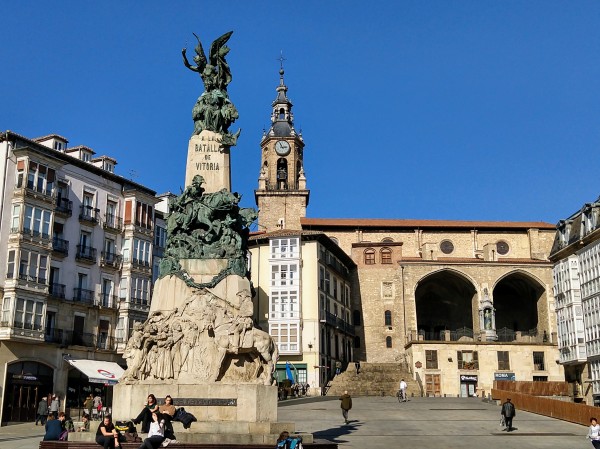 The main square with a statue commemorating the battle of Vitoria which was a turning point in the war to get the Napoleonic French out of Spain. 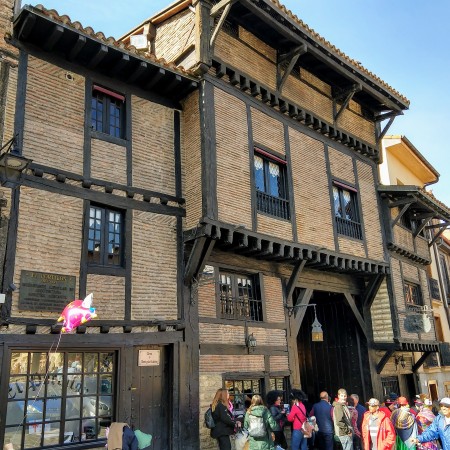 This 15th century inn is now the restaurant El Portalon,  one of our tapas bop stops.  In the Basque region they’re called pintxos, but pintxo bop is not as much fun to say. 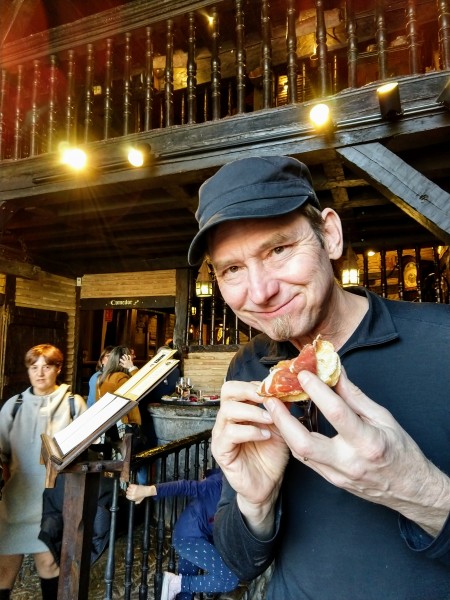 We arrived during Carnival, which is a recently imported holiday (along with Halloween apparently). It seemed to be mostly about dressing your family in matching costumes and walking around. 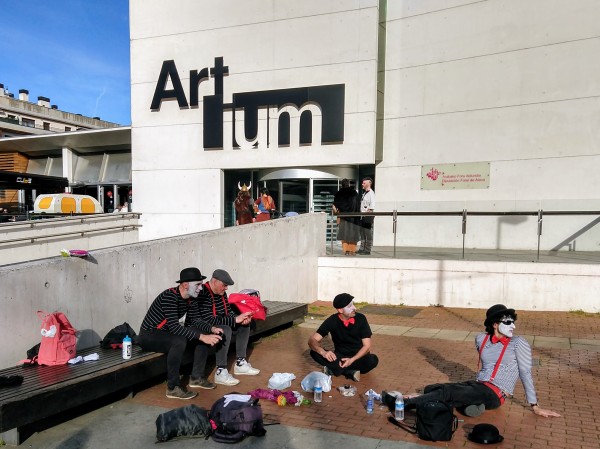 Outside the Basque Museum of Contemporary Art 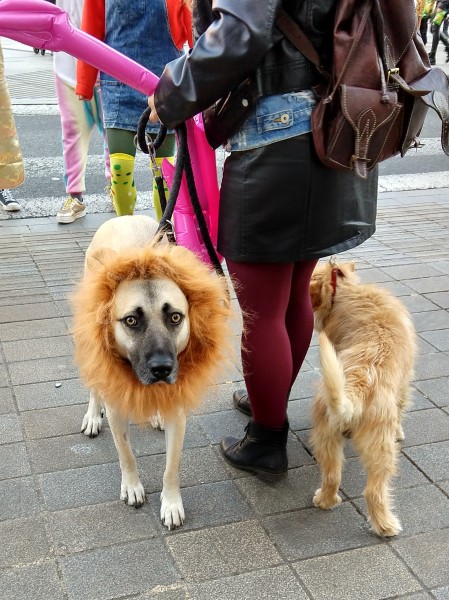 This guy is so ferocious he scares himself.

The playing card museum!  You’ll have to forgive me if I show too many pictures. I thought it was terrific.  There are decks from the 15th century and up, and who knows what games were played with them?  I don’t at any rate.  The display information was either in Spanish or Euskara (the Basque language) and I gave up reading after the first few display cases. The building itself is a palace from 1525. 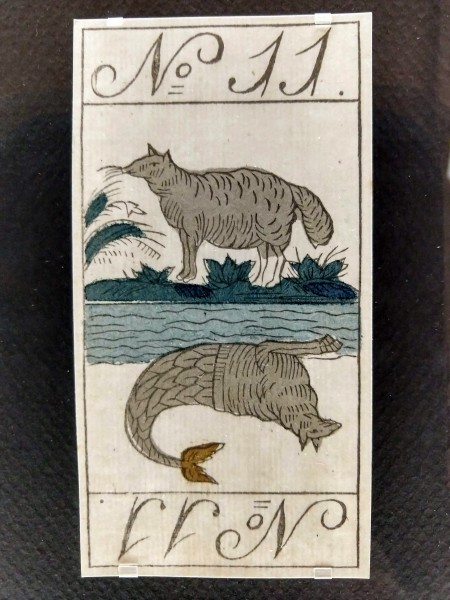 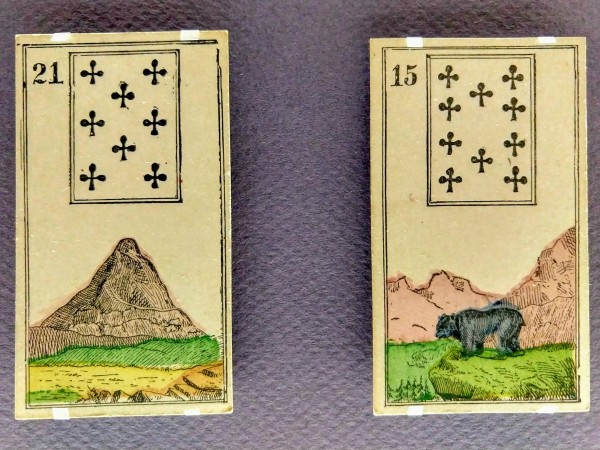 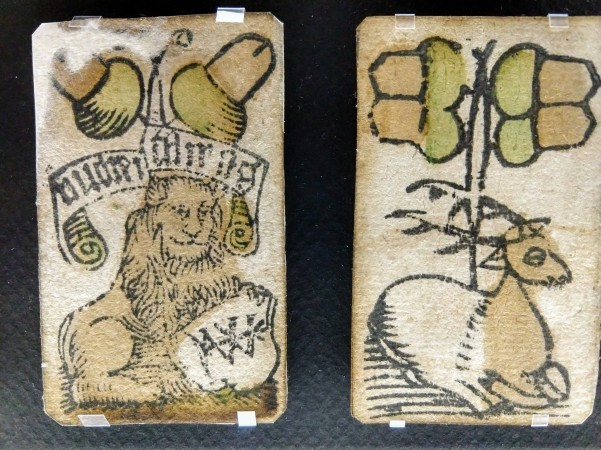 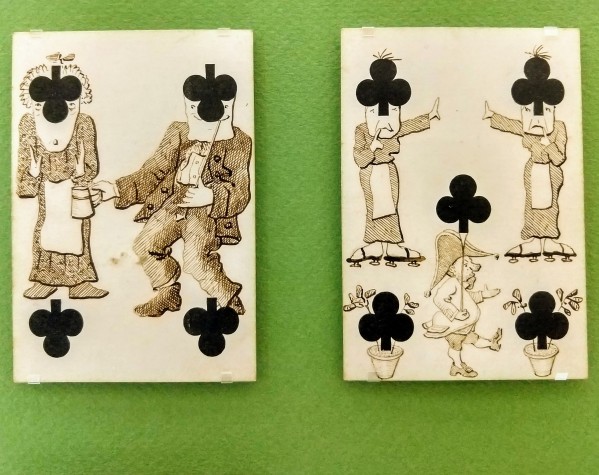 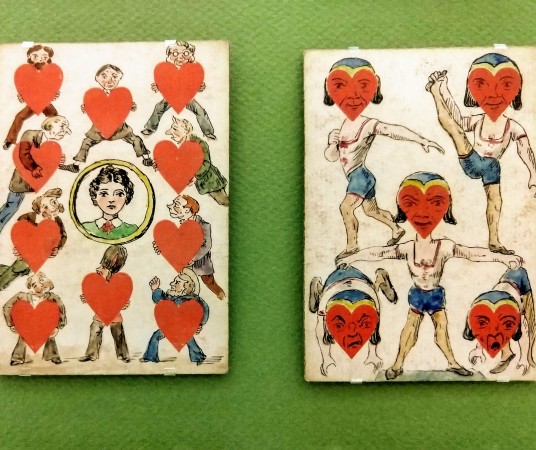 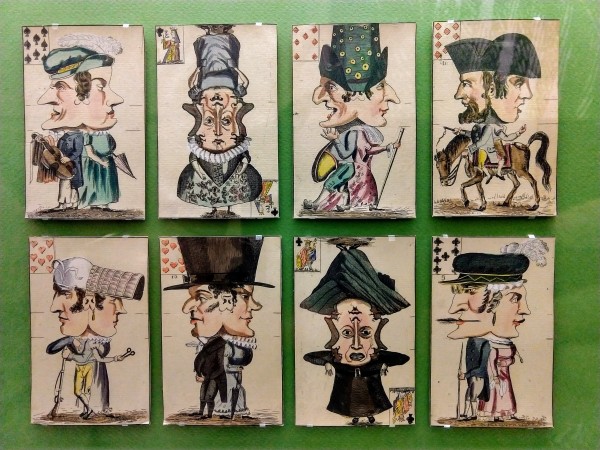 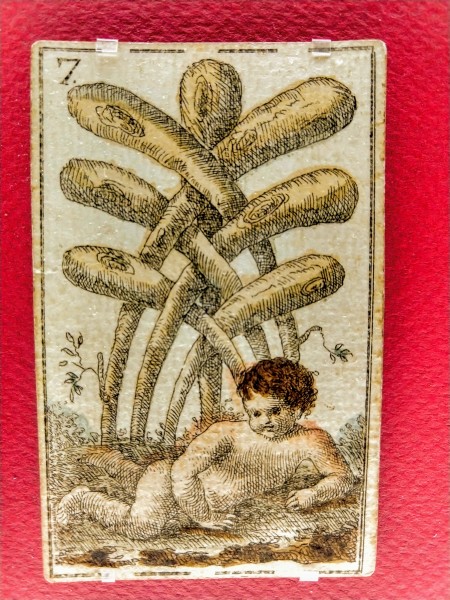 The seven of clubs!

Just a short walk from Vitoria-Gasteiz is a village called Armentia, which has a 12th century basilica that has retained its medieval sculptures despite a massive renovation in 1776.  But the real reason to go to Armentia is its 250 acre park which is an important wildlife corridor connecting the urban parks of Vitoria-Gasteiz to the forest and mountains beyond. 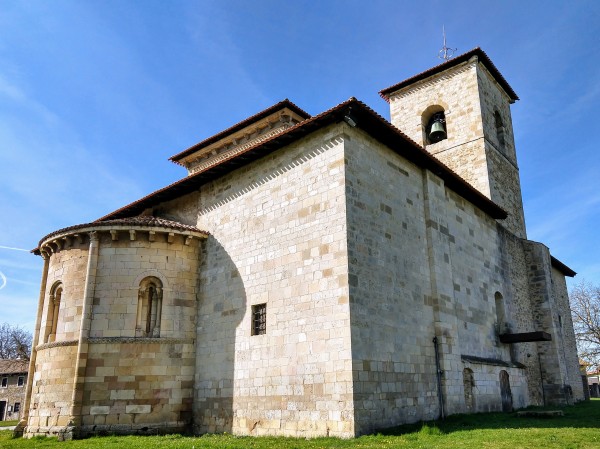 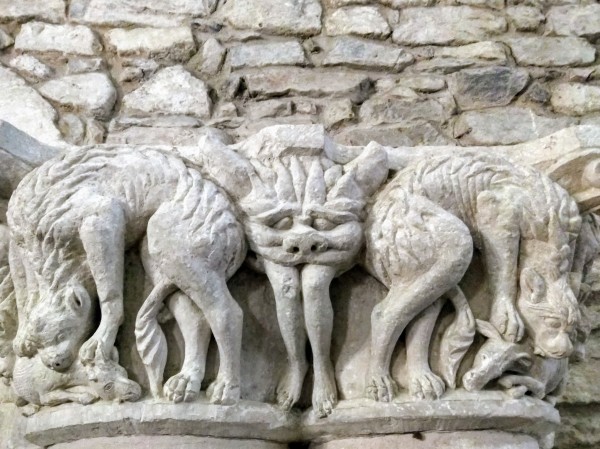 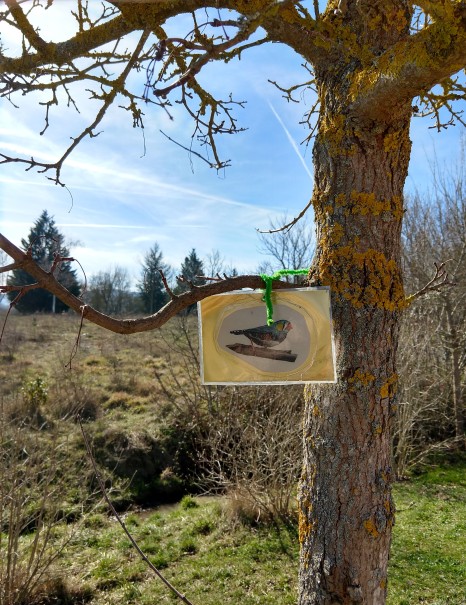 I can’t fathom what this is about.  A nests coming soon sign?

Back to V-G.  The old town is built on the only hill in the region and the streets wind up concentrically in an almond shape.  Another delight, the moving walkway taking you between elevations! 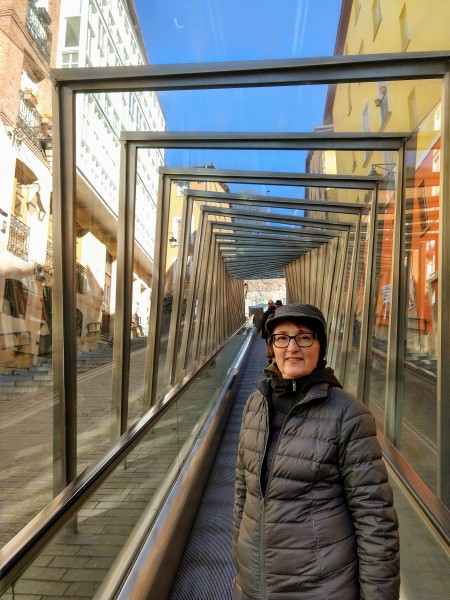 Our last stop is the Basque region of France.  I didn’t expect to like Biarritz, and I don’t.  The wealthy and boring town that is.  The coast is phenomenal, and just a short bus ride from where we’re staying in Bayonne. 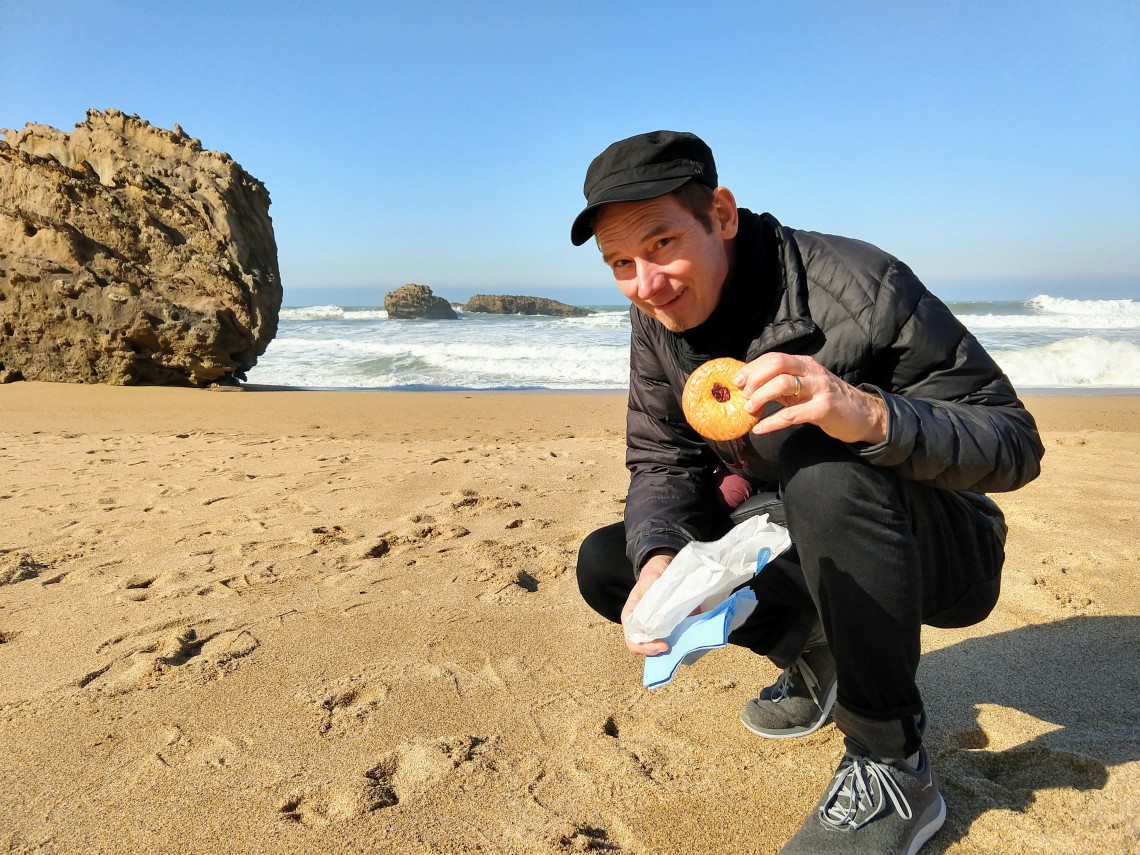 Basque cake on the beach!  No, it’s not a doughnut.  More like a portable cherry pie.  The delights of being back to French pastries!

Until next time my dears.  Flip a coin and tell me what delights you find!